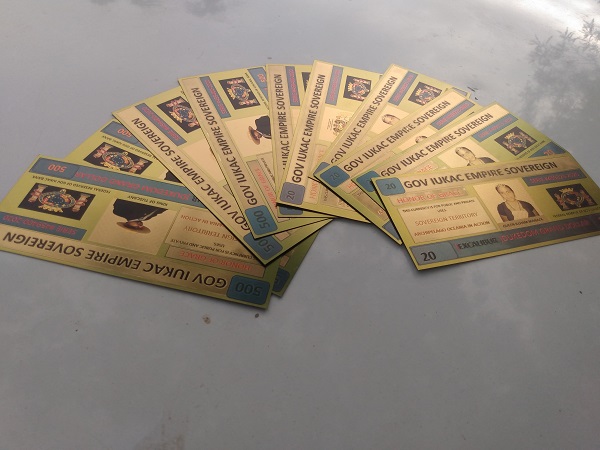 The Reserve Federal of GOV IUKAC announces the reprint of the Grand Dollars 2012, 50 Dukedom Grand Dollars. We continue work. We have new version of dukedom grand dollars 2021 for New Spain. The last version for New Spain banknotes was made in 2015 and 2016.

In this new version we create a few banknotes. However only a few will go to the market community, others will be used as in financial instrument.
King Ludwig Falkenstein creates a new Organization. The Monetary union (worldwide international bank) keeps the currency in the market. The Government will continue to make invitation to the other governments and presidents for joint in the Grand Dollars project.

For now we have 400 special currencies.

Our government approve special amount for help in the pandemic season. With this currency we help economy of USA neighbor of our enclave nation state.