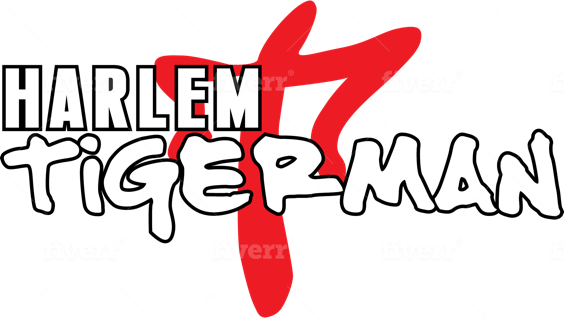 In response to the Netflix hit, Tiger King, OKTV is set to release, Harlem Tigerman

Los Angeles, California (5/28/20) – OKTV, a Valiant Eagle Inc. subsidiary and broadcast media company, is pleased to announce that it plans to air, Harlem Tigerman, in June. Produced by Providence Film Group (then Providence Films), Harlem Tigerman premiered at the 2006 Hollywood Black Film Festival in Los Angeles, CA., From there, it was subsequently screened at the Cannes Film Festival.

Directed by Xavier “X” Mitchell (Fathers of the Sport, Laugh at LA, Next UP, Opportunity Knocks), Harlem Tigerman is a short documentary film that examines the story of Antoine Yates. Young Antoine earned the moniker, “Harlem Tigerman,” after a four-year-old, 450 pound Siberian tiger was discovered residing with him in a 5th floor Harlem apartment, along with a six-foot alligator. Yates was catapulted into the media spotlight in October 2003 when NYPD officers repelled down a Harlem apartment building to tranquilize his four-year-old tiger.

After an inadvertent bite, Antoine faced an exhaustive uphill battle with the courts for his freedom, life possessions, and the return of his tiger. The documentary exposes his life, as he discusses his experience in raising an adult tiger in a Harlem apartment. Furthermore, the film will reveal his arduous court battle with the State of NY, leading to his incarceration. It was learned after countless county officials made routine inspections on his apartment that there were never any reports of a tiger being present in his residence, although the tiger had lived there for years.

Xavier Mitchell, Producer, director, and president of Providence Film Group, says, “I feel it’s important that Antoine is not recognized for harboring exotic animals, but that he dared to transcend a stereotypical mentality that many black youth fall prey to because of a negative media portrayal. He followed his passion, which was to raise wild animals with both love and respect. He is the true Tiger King.”

Mitchell was mentored by Penny Marshall and worked with her on The Rucker, Fathers of the Sport, and various other projects.

A deep fascination with big cat ownership is rampant in the US. According to the Guardian, there are about 5,000 big cats in America. Sadly, most of these animals are often abandoned once they grow beyond the ability of the owner to manage and afford. It’s a startling phenomenon.

Mitchell says, “I’ve recently spoken to Antoine, and he’s just as filled with fervor to be with animals as ever before.” Providence is currently in development on other projects associated with the story. The soundtrack for the project features songs by Franchise X Entertainment artists like Belle Aire, Notcho, and Lavelle. Henry Ramsey of The W.I.N Project will manage the marketing strategy for the project. The W.I.N. Project will proudly provide Harlem Tigerman with the digital resources and virtual tools it needs to have a successful release. W.I.N., along with its amazing graphics team and code, is building a state of the art portal, social media pages and all the needed interactive tools to build our fan base, mailing lists, swag store and more.

Updates will be forthcoming.

Legal Notice Regarding Forward-Looking Statements: This press release contains forward-looking information within the meaning of section 27A of the Securities Act of 1933 and section 21E of the Securities Exchange Act of 1934 and is subject to the safe harbor created by those sections. This material contains statements about expected future events and/or financial results that are forward-looking in nature and are subject to risks and uncertainties. That includes the possibility that the business outlined in this press release cannot be concluded for reasons unforeseen. That could be as a result of technical, installation, permitting, or other problems that were not anticipated. Such forward-looking statements by definition involve risks, uncertainties, and other factors that may cause the actual results, performance, or achievements of Valiant Eagle, Inc. to be materially different from the statements made herein. Except for any obligation under U.S. federal securities laws, Valiant Eagle, Inc. undertakes no obligation to publicly update any forward-looking statement as a result of new information, future events, or otherwise.

OKTV (Opportunity Knocks Television) is a broadcast entertainment network offering 24/7, 365 days a year programming. Viewers are able to enjoy original programming, TV series, documentaries, and feature films across a wide variety of genres. Viewers can enjoy the network’s programming with unlimited viewing at any time, in any location, and on any internet-connected TV, screen, or mobile device.

The network debuted in March, 2018 and is available in the U.S. on DirectTV, in addition to Roku, Amazon Fire, and Rabbit TV. OKTV also streams live on its Facebook page and via Phillips and Samsung Smart TVs, as well as the TVtogo app.

Valiant Eagle, Inc. (PSRU:OTC) is a publicly-traded corporation focused on energizing celebrity entertainment, social media, and TV communications. VE aims to achieve an unparalleled advancement toward the media through music, sports, and technology, with respect to the millennial generation.

Technology is an important part of our life, especially in the last century. With benefits such as speed, accuracy, unlimited information, and more, the internet has provided various means of communications without delay nor difficulty. However, a level of consumer satisfaction has yet to be reached. Valiant Eagle, Inc. looks to fill this void.

About The W.I.N. Project Inc.